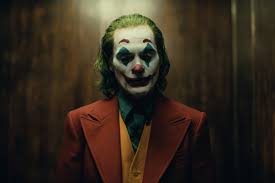 So it’s been a while since Joker started steamrolling all over box offices around the world and by the gods, I know the world doesn’t need another Joker review, but I have some thoughts I’d like to offer for your perusal anyway. If you haven’t seen it, I’ll try to avoid spoilers as far as possible and will warn you as a major plot point comes up.

So of course everyone’s first question is: Is it good? And the answer is: Depends on what you want from a movie. It is certainly entertaining, albeit in a sick, squeamish way. The writing is hamfisted and predictable, the visuals a pastiche of well known elements from older, often better films, and the whole movie keeps losing itself in quoting its predecessors. But Joaquin Phoenix takes the material he is given and runs with it, molding and kneading the weak script into something haunting and beautiful, injecting a scary charisma and fascination into the protagonist even when director Todd Phillips is shamelessly ripping off both Taxi Driver and Silence of the Lambs in the same scene. He’s not Heath Ledger (and his Arthur Fleck is, in my personal opinion, not the Joker from Batman lore), but his performance surely is just as Oscar worthy, snapping from harmless, naive, probably slightly retarded party clown Arthur Fleck into a stone cold psycho killer at the blink of an eye.

END_OF_DOCUMENT_TOKEN_TO_BE_REPLACED

Everything that follows contains huge spoilers for Avengers:Endgame, so don’t continue reading this post before seeing the movie!