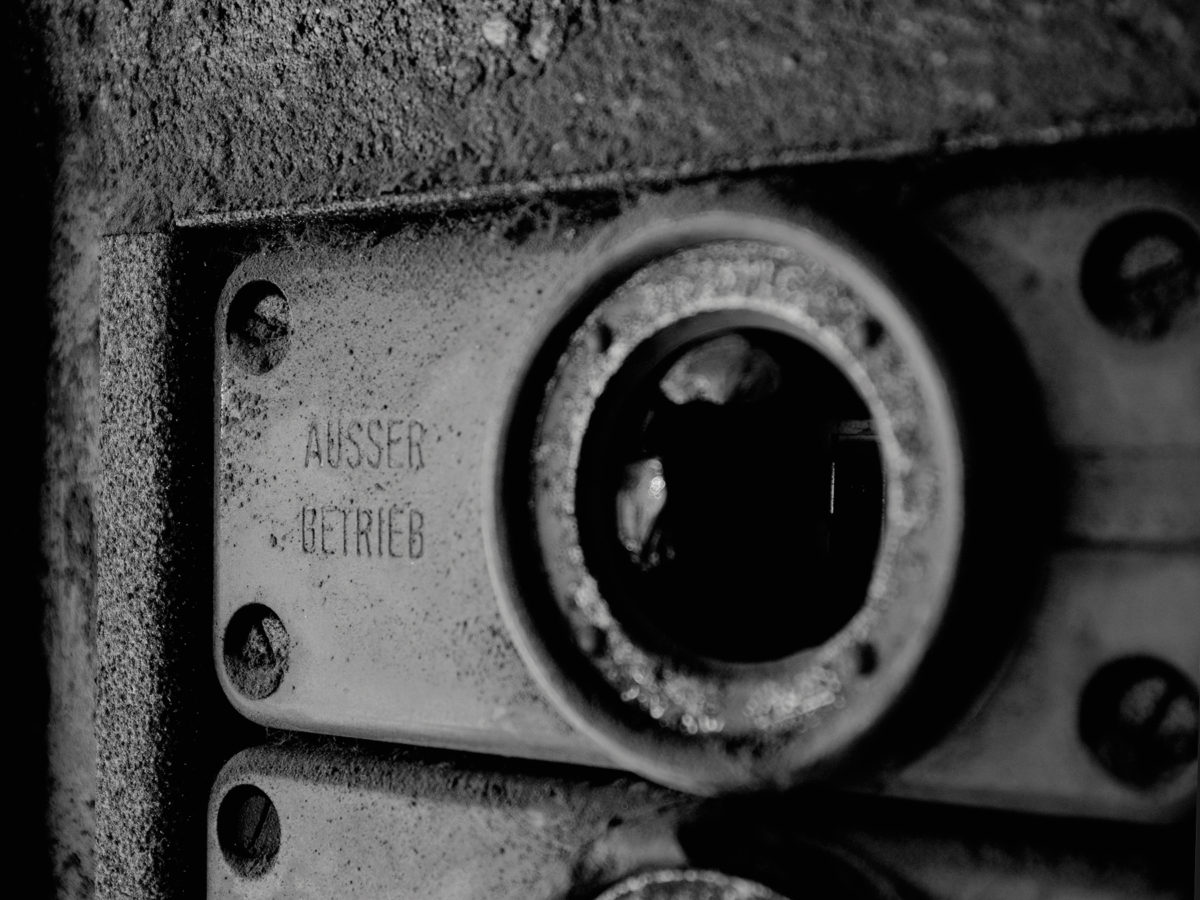 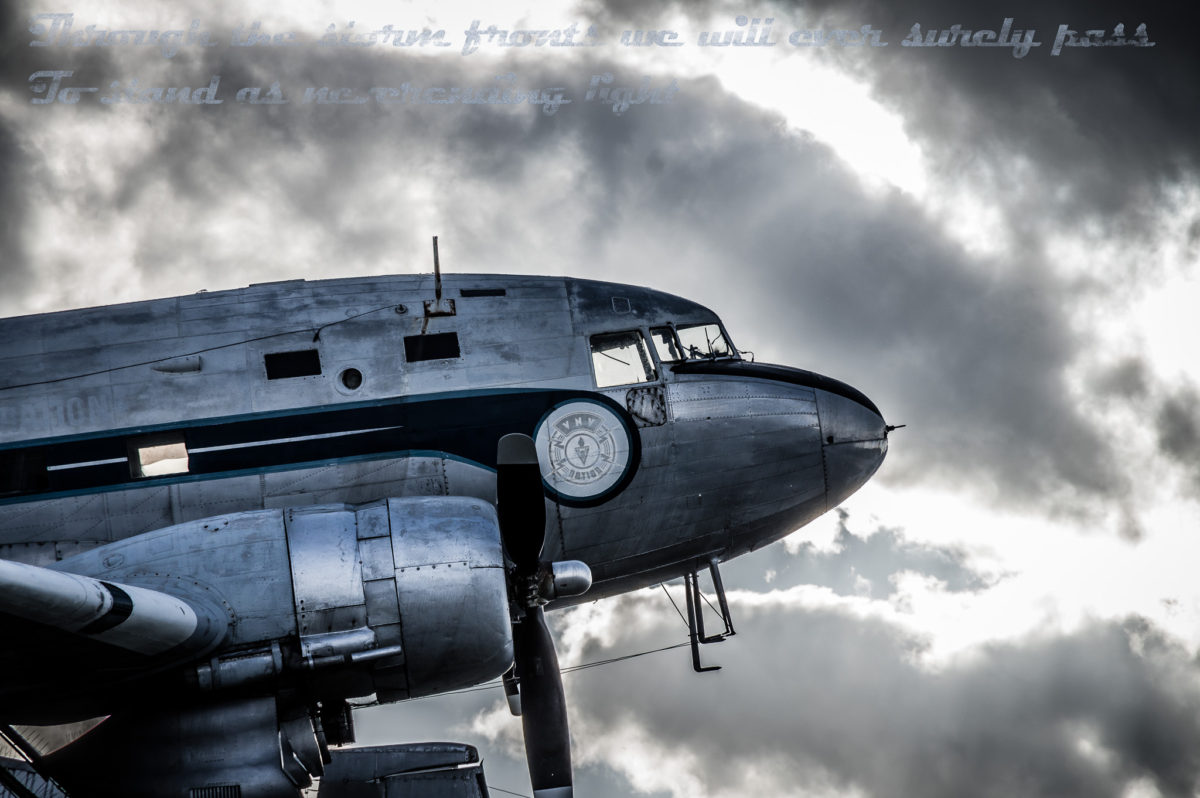 This week, again some classic machinery from days past. Embarking on a dangerous flight through dark skies.

„Perpetual“ is easily one of VNV’s most popular songs. It’s a classic show closer with the audience singing the hook line a capella as the band closes down. It’s also a wonderfully hopeful and optimistic song.

But it’s not just shiny happy puppies and unicorns and shit. Because, you know, TANSTAAFL. To me, it is (among other things) also a song about perseverance. About marching on. Not giving up.

The storm clouds are heavy. These days, as the spectre of fascism rears its ugly head again in Germany, France, the USA and other places, they are darker than usual. But we’re not going to roll over. We’re not going to back down. And through the storm fronts we will ever surely pass. To stand as never ending light.

And yes, I know. Adding the band logo to the plane is tacky. Whatever. My blog, my photo, my fun 😉 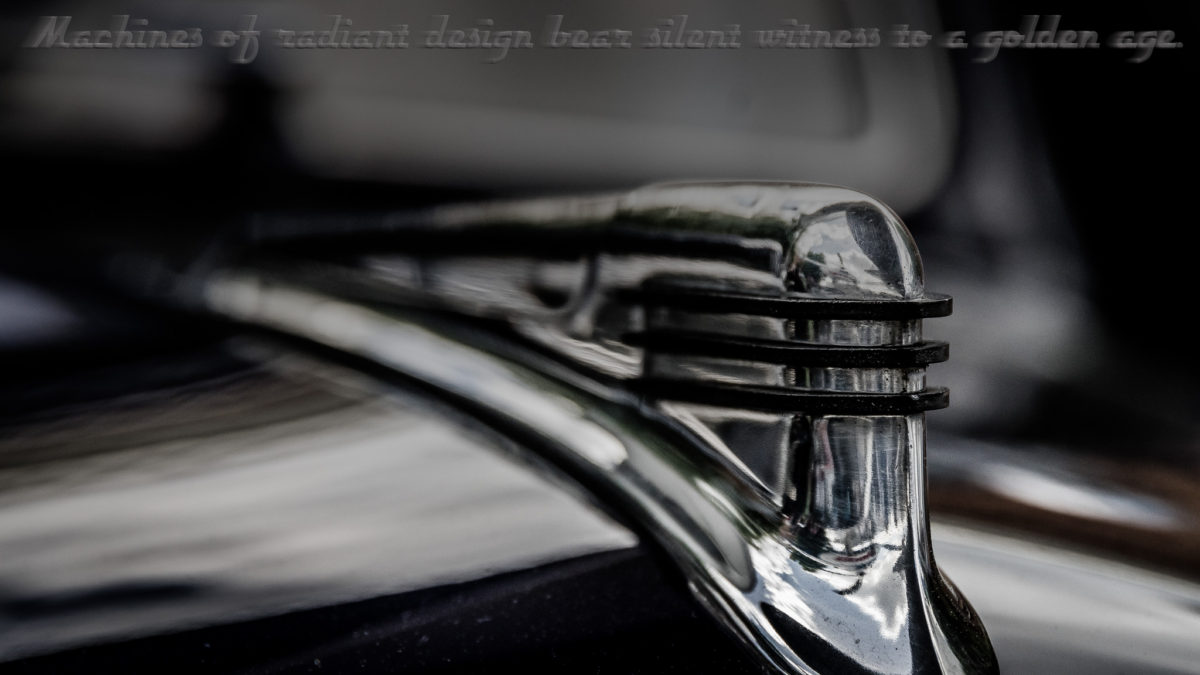 I admit it: I’m a sucker for retrofuturism. I love airships, chrome, tailfins, streamlines, art deco, you name it. I’d probably choose to live in the Gernsback Continuum if I could.

When VNV Nation released Futureperfect, its echoes of that lost future that never was haunted me. When the band released Automatic, I was elated. From the cover design to the lyrics of songs like „Space & Time“ or „Streamline“, the album offers a trip into that parallel world that was not to be. A world that was supposed to arise triumphantly after the catastrophe of World War I, borne from the endless optimism of a time when mankind thought everything was possible. A perfect world that we never built because fascism, the cold war and a runaway monster capitalism (and now the looming threat of a nascent new fascism) pushed it aside, devoured it and spit out the cold, technocratic world we live in today. Dreams we abandoned once and for all when after Apollo 17 we stopped going into space.

Transnational picked up on that theme again, and those two albums are a package without equal.

A little part of that world – or rather of the seeds that wanted to grow into it before being brutally crushed – still survives today in classic cars and selected pieces of architecture. Which is why one of my favorite places in Germany (that is not abandoned) is the Technikmuseum Speyer. It’s the place where an actual Boeing 747 suspended on steel pillars eight stories high meets 1920s Mercedes prototypes meets an honest-to-gods Buran.

This picture, taken at Speyer, is a detail from a 1939 Opel Kapitän. The hood ornament looks like an art deco locomotive blazing a trail into the future. A future I still long for.

„Machines of radiant design bear silent witness to a golden age.“ Alas, an age that was not to be. 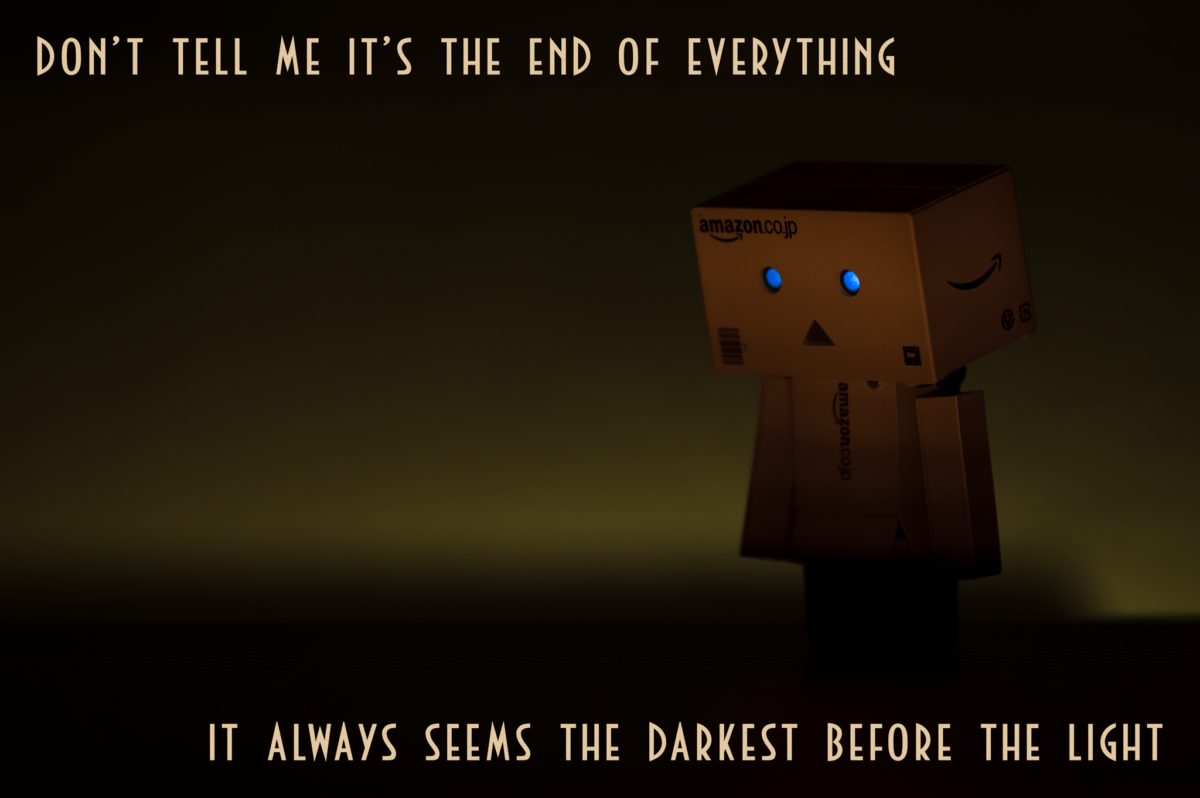 So this year I decided to finally do a 52 project. For those who don’t know, it’s a year long project where a photographer produces one image per week (thus 52) that are usually connected by a common theme. At the Automatic Empire show in Munich I spontaneously decided on trying to express my favorite VNV Nation lyrics through pictures, so here we are. For those of you who don’t know VNV Nation: Check them out now. Their music is powerful and hauntingly beautiful. The lyrics are even more so. Seriously, every time that band releases an album, I’m like „get the fuck out of my head and stop reading my thoughts, Ronan.“ VNV Nation is therapy. Hope. Joy. Rage. Pathos. Passion. Strength. Catharsis.

So anyway, back to the picture. The first week is given to a special quote that played a very important role for me three years ago. My landlady had told me she was canceling my lease, all other places I looked at were either at the ass end of nowhere or too expensive for me, and anyway I was having doubts about my job as I felt I was going nowhere. As is my wont, I began spiralling into despair internally while doing my best not to show it too much on the outside. As I’m about to throw in the towel and just let things happen on their own, along comes a song that starts with these magical words. „Don’t tell me it’s the end of everything. It always seems the darkest before the light.“ It was like a straw to a drowning man, and I clung to it.

Shortly after that, a surprising opportunity opened up to rent a beautiful space right above my girlfriend’s, close to my office. Having a friendly connection with the realtor involved (after we already sourced my gf’s apartment through her), I got bumbed to the top of the queue before the place was even listed. And just like that, the storm clouds cleared.

You’re right, Ronan. It truly does seem the darkest before the light.

As for the picture, my original plan was to do a 52 project featuring Danbo in various situations. I’m glad a better idea came along as Danbo 52s are so cliché by now, but I couldn’t resist featuring him right in the beginning. Perhaps I’ll allow him to pop up a few more times 😉